Grab your popcorn, your favorite wings, pizza, burgers, and beverages because football season is finally upon us. It has been a crazy and bizarre journey since the last time we saw football back in February with Super Bowl 54. This year will be very different compared to years past with a lot of uncertainty both on the field and off. With so many questions entering this wild year, we couldn’t just slim down to five as the regular sport outlet sites would. Instead, in no particular order, here are the top 7 questions entering the 2020 NFL Season.

1. What is the future of the AFC East without the Tom Brady led Patriots?

Bill Belichick has a big mountain to climb without the quarterback that has been by his side for the past 20 years. Cam Newton was brought in to replace Tom Brady and has been getting a bunch of rave throughout camp. He won the starting job over Jarrett Stidham who looked like he was getting the start for majority of the offseason. The question is how will this offense actually look? Will we see the MVP caliber Cam or the week to week inconsistency Cam who sometimes got too banged up and sat out of games? Not only is the offense a big question but the defense seems to have more hurdles than the offense. The number one ranked defense last year is only returning 3 starters. 8 starters have either left or have opted out of the 2020 season. New faces across the defense generally results in a bunch of miscues between young guys and vets on this New England defense. Chemistry is big for a defense and Bill Belichick will have a lot on his plate to patch everything up on that side of the ball. Not only did Tom Brady leave, but the team over in Buffalo, NY is a lot better too adding a weapon in Stefon Diggs to the passing attack of a 10-win playoff team. So many questions on this Patriots that could end up in a long season for the coach with the most Super Bowl rings in NFL history. It could result in a losing season which is something Patriots fans haven’t seen in over 20 years. 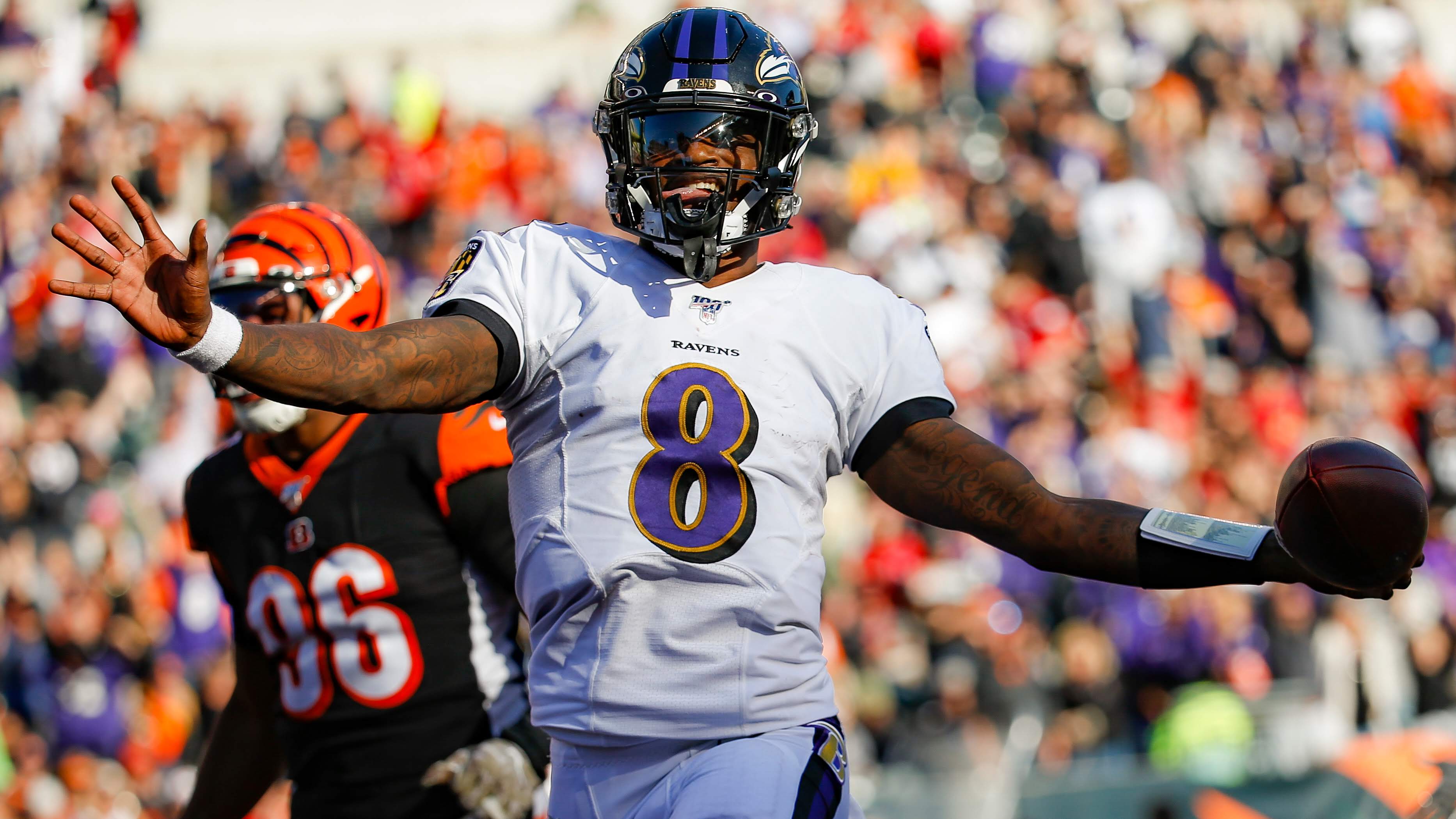 2. Can NFL Defenses figure out how to stop Lamar Jackson?

Lamar Jackson had a breakout MVP year in 2019 and it seemed like NFL defenses had no idea how to stop Lamar. This man was an absolute human highlight reel after week 4. He ended the year with over 3,000 yards passing, over 1,200 yards rushing (a new NFL record), 36 passing touchdowns, 7 rushing touchdowns, 66 percent completion rate, only 6 interceptions, and led the league in total QBR with 83.0. It was a disappointing postseason for the Ravens but Lamar still had quite a solid game with 365 passing yards and 143 rushing yards. Even with that remarkable season, people still have their doubts about Lamar Jackson. The big one is winning a playoff game but not all of that loss against Tennessee was on Lamar (defense just couldn’t stop Derrick Henry). With all of his weapons back and still a good offensive line, he is set up for another monster season. Will defenses have the formula to finally stop him? It’s certainly possible but Lamar is a special talent. Remember entering last year when everyone was just calling this guy “Just a running back?” Yeah, he does too and he is certainly listening to the people saying he can’t throw. It doesn’t take much for this kid to be motivated and expect his game to be on another level this season. 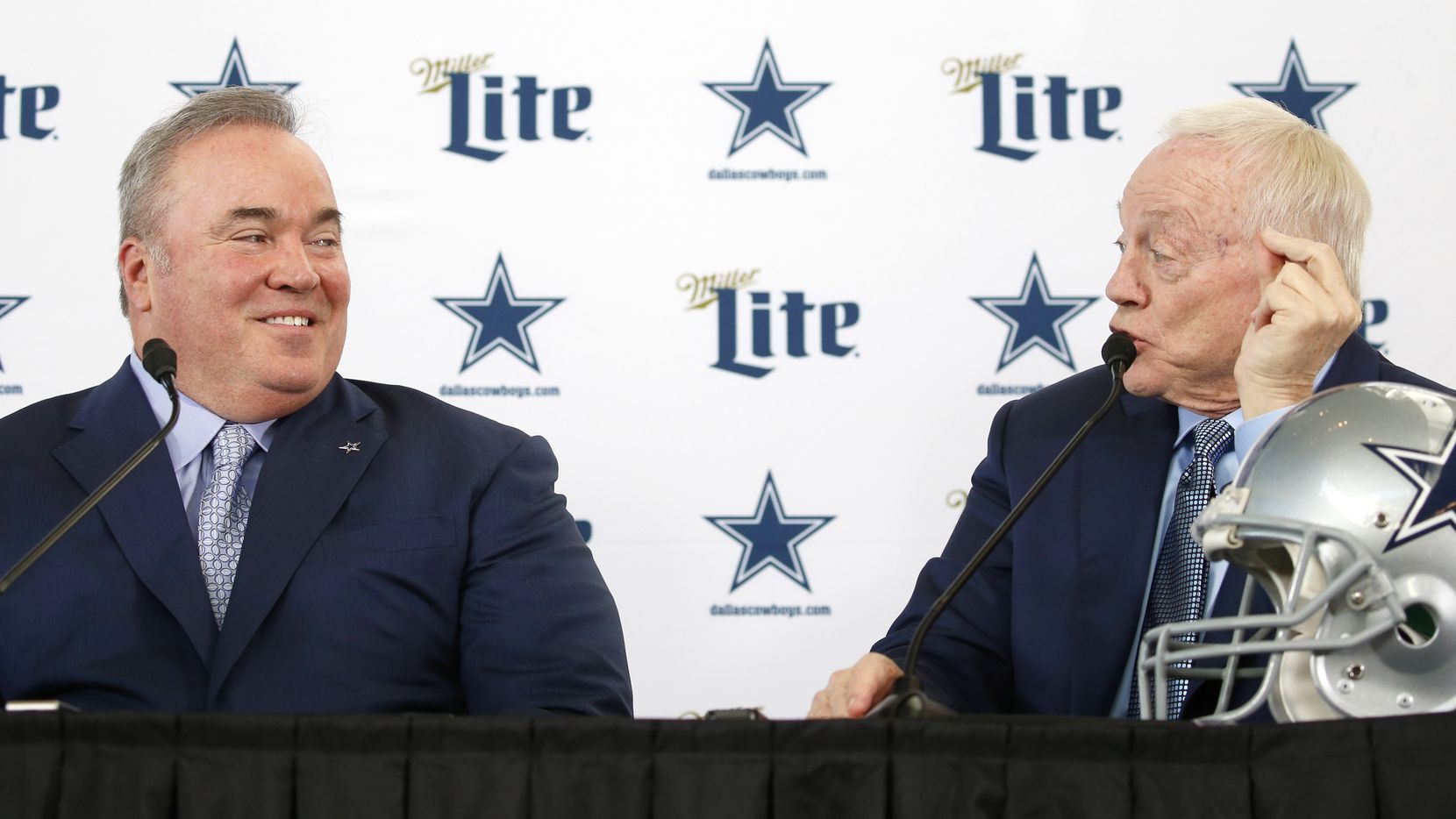 The Dallas Cowboys haven’t reached the NFC Championship Game since 1995. That has been 26 years. Yet every season there’s always championship hype around this team. Maybe that fan base stirs the pot and the media’s love for the Cowboys puts more fuel to the fire, but this team has vastly underachieved with the talent they have assembled over the years. Jerry Jones has moved on from Jason (the clapper) Garrett and has brought in a man who won a Super Bowl in his very own stadium in Mike McCarthy. McCarthy was last seen on the NFL stage as the head coach with the Green Bay Packers where it was reported that he and Aaron Rodgers were butting heads with each other that turned the team against Mike McCarthy. Now with a new start in Dallas, can McCarthy finally lead Jerry Jones and the Cowboys back to the conference championship? The offense is loaded with tons of talent. Dak Prescott had a crazy year statistics wise and is playing for a new deal, Ezekiel Elliot is still a workhorse running back, the receiving corps is stacked with Amari Cooper, Michael Gallop, and first-round pick CeeDee Lamb, and the offensive line is returning healthy. The defense may struggle a bit with the secondary being a weakness but the guys with the stars on their helmets should have no excuse of having a winning season with an offense that loaded with pure talent. 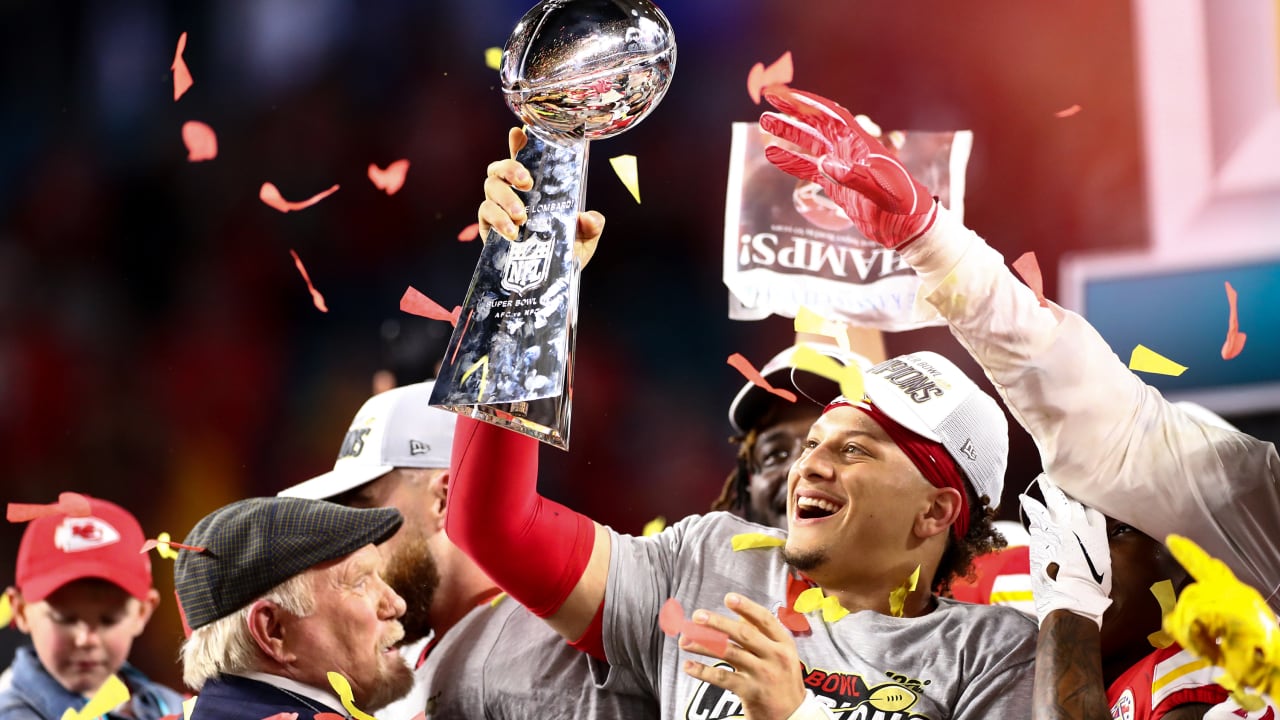 4. Can Patrick Mahomes take over as the “Face of the NFL”?

This question has been brought up before with quarterbacks who have taken the league by storm in such a short amount of time. Patrick Mahomes has climbed right to the top of the league as the MVP in the 2018-19 year and winning the Super Bowl this past February. The whole football world is just in love with this kid with his gunslinger mentality, the no-look passes, and the feeling of no matter how lopsided the score is, this kid can still win you the game. He has it all including the richest contract in sports history that’s going to pay him close to half a BILLION dollars. Wouldn’t you love to be Patrick Mahomes right now? The question that arises is he the true “Face of the NFL”? This league is loaded with star players more than I can remember. Lamar Jackson, Russell Wilson, Deshaun Watson, Aaron Rodgers, and oh yeah Tom Brady is still around. Can Patrick Mahomes maintain the success he has had in his short career and help the Chiefs become the next dynasty of the league? As a Broncos fan, I hope not but the tools are all there. This entire Mahomes hype is a similar situation Aaron Rodgers was in back in 2011. Everyone loved and raved over Rodgers after he won Super Bowl 45. The media and others were saying Rodgers is the best QB they have ever seen. Those same people have switched over to Mahomes now being the greatest quarterback they have ever seen. I’ve seen this pattern before and Rodgers has yet to return to the promise land. I’m rooting for him but with a huge talent pool of young and established quarterbacks and players, Mahomes will have to be on his A-game from here on out to be the best among his peers. 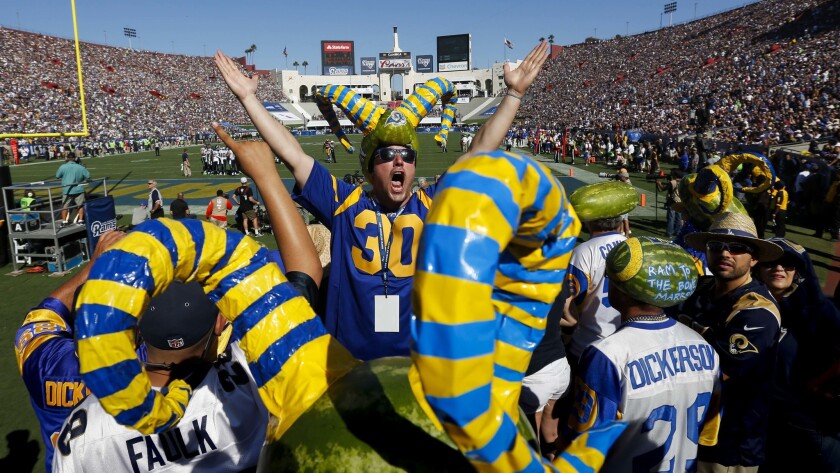 5. When will all 32 teams have fans in attendance?

The MLB, NBA, NHL, and other sports leagues that have resumed or started their seasons without fans and the games have been exciting for the most part. The atmosphere is very different and every league has tried to mock up some sort of arena or stadium-like feel for the players in different ways. The virtual fans from the NBA to cardboard cutouts in the stands at baseball games to just plain old pumped in crowd noise in the NHL. The opinions have been split among fans if they dig it or not. Many look at the NFL and wonder what they will do with fans. Will any teams allow any kind of attendance? The answer is yes. Majority of teams have already stated that they will not have fans for September but some have greenlit the idea of limiting the number of fans that will be in attendance. The Chiefs will allow 22 percent of the capacity of Arrowhead Stadium for the first game of the 2020 NFL season. The Colts, Dolphins, Jaguars, Browns, Bengals, Cowboys, and Broncos (not until the second home game) will have some sort of attendance for the start of the season. The NFL will be the first among the four major sports leagues to allow this and everyone will have a close eye on it to see if this can go on without a hitch. It might be possible that other teams will eventually allow fans after seeing these few teams allow theirs. While it may be only a small fraction of a sell-out crowd, it’s better than nothing. 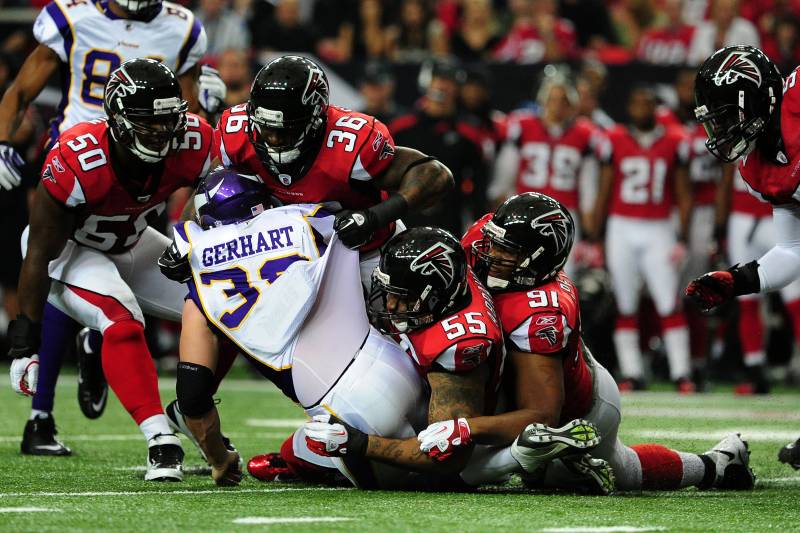 6. How will the NFL and teams handle a COVID-19 outbreak?

The idea of an outbreak of COVID-19 may sound detrimental to a sports league that is trying to continue its season through a health pandemic. We’ve seen this exact instance where a sports team has had an outbreak within the team with the Miami Marlins, St. Louis Cardinals, and New York Mets. There was discussions of the MLB having to cancel their restart entirely because of these outbreaks but they kept moving along. Those teams eventually resumed games and games that were scheduled while the team was out of action were scheduled or made up. What would happen however if a team in the NFL had an outbreak and are forced to not take part in a scheduled game? Will the NFL be able to reschedule that game without it affecting the current schedule since teams only play once a week? The league has implicated testing policies and other COVID-19 guidelines for the season to take place. Only one player out of 2,641 players has produced a confirmed positive coronavirus test during the league’s most recent testing period. Since the true start of training camp Aug. 12, a total of 24 people have produced confirmed positive tests. That is very encouraging news but can those results sustain throughout the entire season? We certainly hope so. 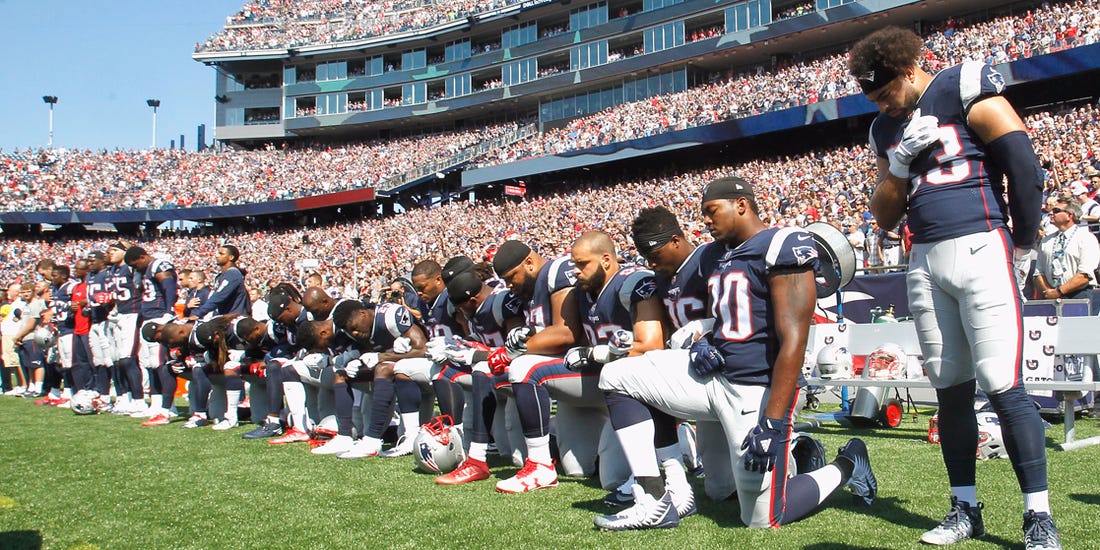 7 (extra point). How will the NFL take part in promoting social justice?

No doubt this will be one of the main questions entering the 2020 NFL season with the recent movement towards equality for all in the justice system. The anthem has found itself back into the conversation that players and owners are having as a sense of duty. The league and owners were against it back in 2017 when Colin Kaepernick debut the kneeling of the national anthem as a way to peacefully protest against the injustice against the minorities in the justice system. The sports world has seen unprecedented events take place with the recent postponements of events for the shooting of Jacob Blake. The NFL informed teams of plans to amplify social justice initiatives, which includes helmet decals and signage in end zones for Week 1 games and home openers. The league has also started the Inspire Change program and to move forward with that program, helmet decals will be worn to honor victims of systemic racism and there will be on-field messaging such as “It Takes All of Us” and “End Racism” on opposite ends of the field. It has yet to be determined if the NFL will even play the national anthem before games with the latest COVID-19 restrictions of live performances. If they do, will the league keep their promise in letting the players and others protest against injustice by kneeling during the national anthem or will it cause another uproar?

Bench Bros episode 103
The Seattle Kraken have completed their expansion draft.
The Milwaukee Bucks are the 2021 NBA Champions!!!
Bucks could win the NBA Finals tonight if they win Game 6. Brandon is still holding some hope that the Suns can come back and win the championship in 7.
Bench Bros ep 102 -
Bench Bros ep 101 - the boys talk some championship moments that happened over the past week and more!